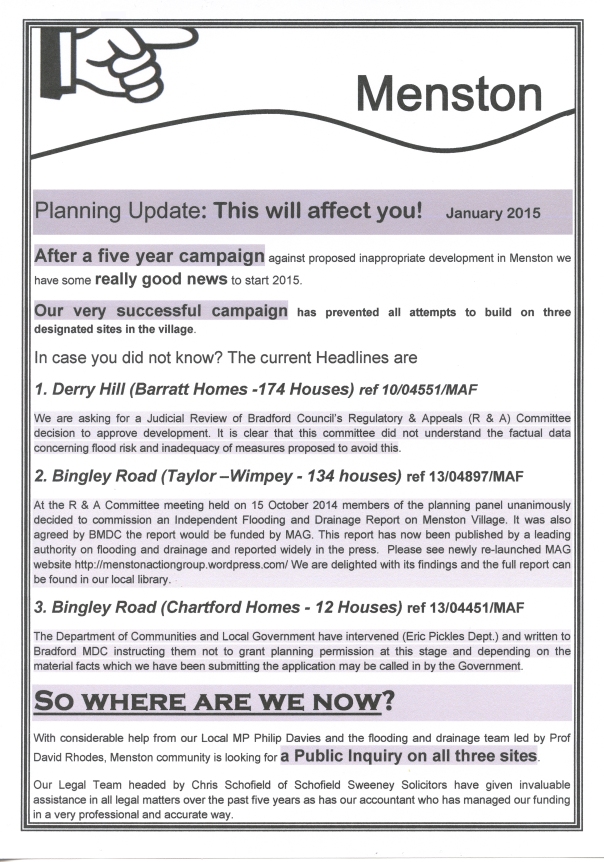 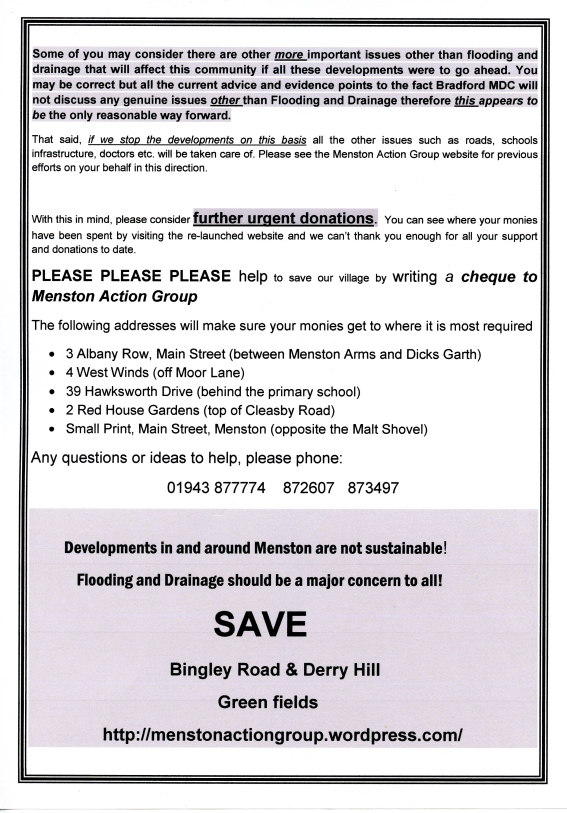 This week Bradford Councils Regulatory and Appeals Committee has received an Independent Review, commissioned by them, of Menston flooding problems which has been funded by Menston Action Group (MAG).

This review was written by a leading authority on the subject of flooding Dr Duncan W Reed. This Independent Review, more than 60 pages long covers most of the flooding issues which the Menston Community has been trying to highlight for many years.

The proposed housing sites referred to in the report to the south of Menston Village, Derry Hill and Bingley Road, have been the subject of many planning meetings where decisions were made based on inadequate information on flood risk assessment.

The next meeting of Bradford Councils Regulatory and Appeals Panel will be on January 29th 2015 and prior to that on the 19th January there will be a preliminary meeting at the High Court in Leeds to consider a Judicial Review for the Derry Hill site. In addition the smaller site on Bingley Road is currently on hold pending a possible government call in.

Enclosed is the Executive summary from Dr Reed’s report, Menston residents own flooding reports in recent times have fallen on deaf ears.

Money spent by MAG trying to get the voice of the villagers heard now exceeds £200.000. with more costs to come now and in the New Year. 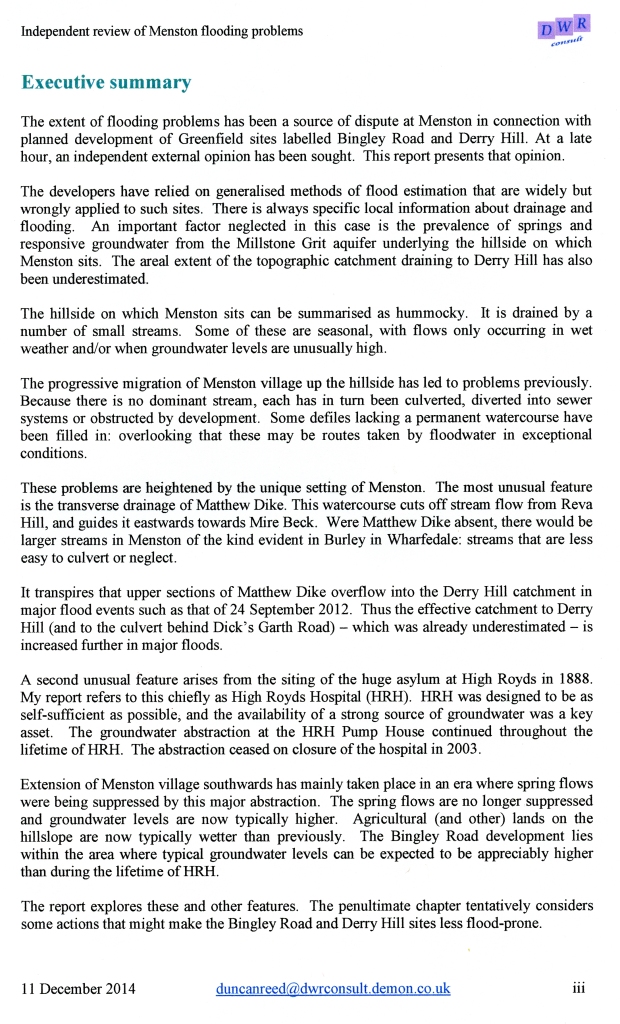 Chartford Homes Site Building held up by the intervention of Mr Carpenter National Planning and Casework Unit, asking for the plans to be Called In.